Tubes are now back in stock!

The 6550 tube became quite popular in American audio amps in 1950s and 1960s due to its linearity and high power output. In later years, 6550 tubes were used in popular guitar amplifiers, notably in US versions of Marshalls and various versions of Ampeg.

There are a number of quality 6550 tubes being produced today. The current production tubes are modeled after the original TungSol and GE designs, but with modern day technology and quality control. Current production 6550 tubes provide excellent sonics with high reliability.

Below is the comparison of current production 6550 tubes we stock.

Re-Issue TungSol 6550 faithfully reproduces the wonderful retro look of the original. It has excellent dynamics with full and rich body that makes it an excellent choice for audio as well as guitar and bass amps. 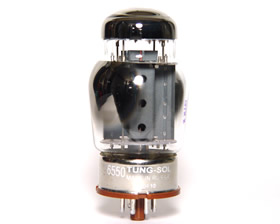 Electro-Hamonix 6550EH comes in the same bottle as KT88EH. Despite being very similar to KT88EH, 6550EH does not handle quite as much power since it lacks the thermal fins that are found on KT88EH.

Sonically, 6550EH is very similar to KT88EH. 6550EH does very well in bass amps. In audio amps, it has good amounts of high energy and deep reaching bass that goes well with contemporary recording.

Svetlana 6550C is very similar to Sovtek 6550WE, but it comes with extra thermal fins on the plate box for higher heat dissipation.

Svetlana 6550C offers good low and high ends, along with good dynamics that are signature 6550 sound. Svetlana 6550C is an excellent all-rounder, and is a good choice for those wanting to upgrade from stock or Sovtek 6550 that came with amps. 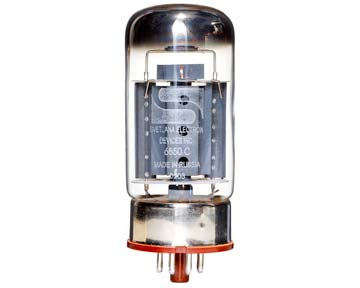 In audio amps, JJ 6550 performs similar to JJ KT88, with excellent three dimensional soundstage that JJ KT88 is known for.

Sovtek 6550WE is a straight bottle 6550 modeled after the original GE 6550A. This tube is a true workhorse and a great value, and shipped as original 6550 tube in many amps from the factory. When you want the best value, Sovtek 6550WE is the right choice guitar and bass amps.

In audio applications, Sovtek 6550WE delivers good range in both high and top end. It is perhaps a touch flatter in dynamics compared to other 6550 tubes. 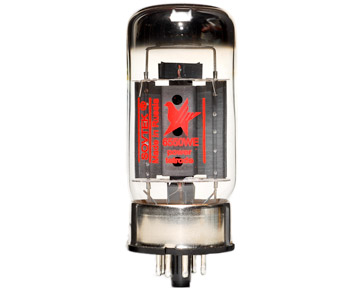 SED 6550WC (Winged-C) was made by Svetlana JSC factory in St. Petersburg, Russia.

SED 6550WC was an excellent tube, but alas, the factory ceased tube production in 2012. Both the quality and quantity started to dwindle much earlier than that, so we stopped selling these tubes before 2012.

If you can find good NOS or used SED 6550WC they are worth a try, although you'll find much better value (and likely reliability) in tubes like current production TungSol 6550.